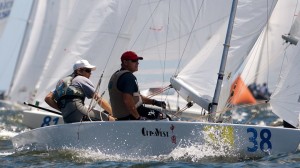 Coconut Grove, FL (September 28, 2012) – In August, the International Star Class sailboat said goodbye to the Olympics, after serving as the Men’s Keelboat for the Games since 1932. Now, sailors from Florida and the Coral Reef Yacht Club are leading the charge to bring new excitement to this most historic of all racing yachts, with their announcement of the five-regatta Star Winter Series Presented By EFG International.  Local sailor Stuart Hebb is Fleet Captain of the Biscayne Bay Star Fleet, and he hopes to attract both longtime competitors and new blood to Star racing.  “We want to show competitive sailors all over the world just how incredible racing Star boats can be, and how accessible and inclusive it is,” he said.  Hebb is motivated by Star sailors’ “intense camaraderie and good will” he found throughout his nearly two-year campaign to represent Canada for the 2012 Olympics.  “The boat attracts the very best sailors on Earth in both skill and attitude, and we want to create a convenient and enjoyable playing ground for them in the picture-perfect venue of Biscayne Bay.”

Hundreds of Star sailors are already familiar with Miami’s waters, with March’s Bacardi Cup having long been a regular fixture on the fleet’s annual migratory path.  Hebb says the Star Winter Series aims to make racing in Miami as economical as it is spectacular, providing top-level racing each month from November to March. “With mast-up storage at the nearby US Sailing Center, it becomes extremely cost-effective to sail multiple events in the same spot,” he said. It costs less than $1500 to sail all five events, including all storage, dockage and entry fees, according to Hebb. “There is nothing else in all of sailing right now that offers as much racing for anywhere near this cost,” he added.

Most yacht racers know the Star boat as the proving ground for legendary sailors like Dennis Conner, Lowell North, Buddy Melges, and dozens more.  But few realize that this high performance classic is also home to some seriously youthful talent as well.  More than 20% of the fleet at most US events is under 40, with even more young racers on European entry lists.  23-year old Massachusetts sailor Tomas Hornos bested a 30-boat fleet to win the 2012 Western Hemisphere Championship in Annapolis, MD this past spring, and he says there are great reasons for people to get into the Class.  “Everyone knows the competition in the Star is second to none, with more legendary sailors in every big championship than in any other fleet,” he said.  “What lots of them don’t know is that it’s extremely inexpensive to sail in, and that makes it a lot more appealing to both young sailors and those looking to downsize from more expensive one-design classes.”

Hornos took the Championship title in an 11-year old boat, and the young skipper weighs just 170 pounds, dispelling the common wisdom that only giants can win in a Star.  Hornos said the boats’ value holds up well, and that competitive boats can easily be found for under $10,000.  With just two sails and a two-man crew, costs of competing are also a fraction of a bigger boat’s budget.  But value and competition aren’t the only reasons young sailors like Hornos love the Class.  “Sailing a Star will teach you more about racing than any other boat; both because the boat is a technological wonder and because the Class is full of the most generous and helpful people you’ll ever meet,” Hornos said.

Hebb agreed wholeheartedly.  “One beat in a Star on Biscayne Bay and any sailor worth his salt will be hooked,” he said.  “There’s a reason that Dennis Conner, Freddy Loof, and Paul Cayard have all called the Star their favorite boat to sail, period.”

The Star Winter Series comprises five individual events between November 17th and February 10th, with overall trophies awarded based on the results of three of the four best weekend scores plus the Midwinter Championship, which is weighted double. Full logistics and charter packages are available, along with concierge service customizable to any team’s needs

EFG International is a global wealth management group, operating in around 30 locations worldwide. It is represented in Miami by EFG Capital. For more information, see www.efginternational.com.

EFG is an active supporter of sailing – see www.efgsailing.com 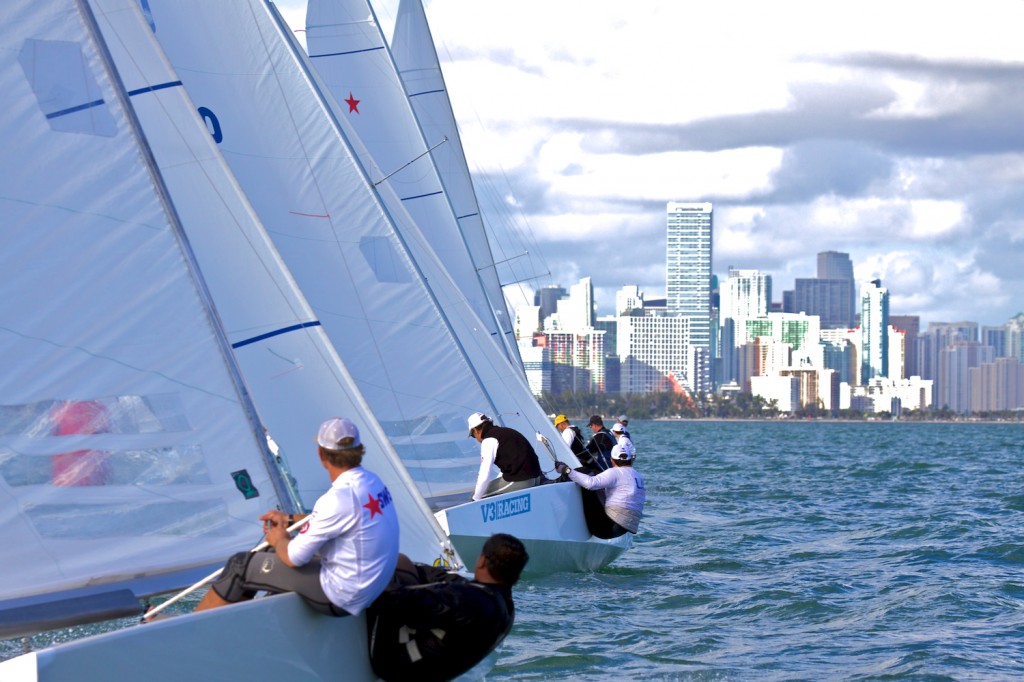